Jesse and Cash and the Missing Man 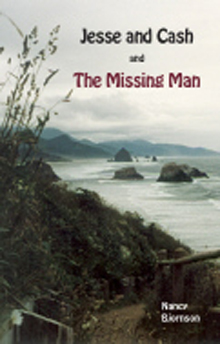 Jesse Didn’t Expect This Danger in the Wilderness.

Eight people stood shoulder to shoulder with the handles of their shovels pushed as far into the ground as they could manage.

Their eyes bulged, their muscles grew taut, and sweat streamed down their faces as they simultaneously applied pressure underneath the rock. For a split second, the rock rose slightly but then disappointingly settled back down.

“Okay, it moved a little so let’s give it another shot. One, two, three, heave!” This time, as they pushed, the rock lifted out of the hole and teetered on the edge.

Together, they stretched out their shovels and gave the rock one more shove. With a shudder, the rock burst off the ledge and rolled down the mountainside, gaining speed, pin-balling off trees, smashing, crashing, and destroying shrubs in its way, until it hit a ledge.

“Hey!” They heard someone yell.

Find out the missing man’s identity and how Jesse and Cash deal with him.

Bonus Fun Facts at the end of the book.

“I have enjoyed reading the whole Jesse and Cash series. I like how Jesse and Cash are always trying to solve a mystery and all the different places they travel. Jesse and Cash have great teamwork. I would love to have adventures like they do with my cousin!” Riley Feddersen

Jesse and Cash and the Skeletons’ Stash

Jesse and Cash canoe the great Thelon River in the Northwest Territory. Looking for a campsite after the first day on the river, Cash discovers two skeletons in an old soddy.                Read More!

Jesse and Cash and the Lost Legacy

Cash’s crazy idea for Jesse to go to Okinawa turned into a quest to find Patrick’s lost legacy hidden in a cave. On an island riddled with caves, Jesse and his new friend Patrick have hundreds of caves to search.

Jesse and Cash and the Fool’s Gold

Join Jesse on his adventures as he learns to live in the wilderness, helps to keep the wilderness green, and adjusts to handle the llamas, Patch and Squirt.  Read More!

Jesse and Cash and the Illegal Trappers

In the second book of the Jesse and Cash series, Jesse visits Cash for what turns out to be an exciting and dangerous Christmas vacation.        Read More!

Jesse and Cash and the Grave Robbers

Jesse and Cash visit their Uncle Don at Mustang Ranch and encounter a forest fire, velvet ants, and grave robbers in the third book of the series.             Read More!